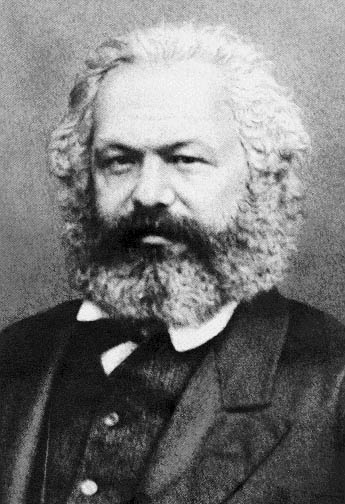 We are intrigued by the Lawrence & Wishart statement on the Marx Engels Collected Works published on April 25, 2014 via their web site. The reaction of the “Marxist community” at large has been wholly negative to the actions — completely legal — by L&W, asking the Marxists Internet Archive to take down the L&W copyrighted material. We would have preferred they allow us to continue to keep them on line. These first 10 volumes were published between 1975 and 1978. L&W have undoubtedly recovered their costs and then some from these early editions.

All users of the MIA and readers of L&W material should be aware that the MIA have stayed clear from the recent grass roots campaigns that were organized by thousands of leftists and Marxists in response to L&W’s demand. We have never suggested that other translations of Marx and Engels that are in the public domain are under threat by L&W. We have assured readers that a large portion of these writings are in the public domain and will remain on the MIA web page. Others outside of MIA’s collective of volunteers may have been “spreading panic” (though most get what is going on by now), but not us; the MIA collective itself is fully aware of what is demanded by L&W. But we do have a political difference with L&W over the MECW and the issue of institutional prerogatives that we feel should be known and discussed publicly.

Firstly, we praise Lawrence & Wishart, International Publishers and Progress Publishers for venturing into this project in the early 1970s, resulting in the MECW. It is, and continues to be, a phenomenal contribution to the history of the workers movement generally and to Marxism specifically.

However, the L&W staff write:

“We are currently negotiating an agreement with a distributor that will offer a digital version of the Collected Works to university libraries worldwide. This will have the effect of maintaining a public presence of the Works, in the public sphere of the academic library, paid for by public funds. This is a model of commons that reimburses publishers, authors and translators for the work that has gone into creating a book or series of books.”

We disagree. Removing them from generalized Internet access and bouncing the MECW ‘upstairs’ into the Academy is the opposite of “maintaining a public presence of the Works.” It restricts access to those having current academic status at a university that is subscribing to the service. This is the same as for readership of learned journals. It is not public access. This is the opposite of the general trend toward making things available for free on the Internet. What L&W argues is truly a cognitive disconnect of major proportions. It also destroys the enhanced functionality which MIA gave to the MECW material, embedding it with the writings of other Marxists.

The MIA existed from the get-go because we wanted to open up the privileged, access-only libraries at universities — where the writings of Marx and Engels were mostly lodged — and make them available to anyone with a dial-up modern (the prevalent form of internet connection in the 1990s). The Internet, far from being simply a “... consumer culture which expects cultural content to be delivered free to consumers...” as L&W argues, is a new media for information.— Specifically, the history of the workers movement should in fact be “free.”

By making these works free, we have vastly increased access to these important writings everywhere in the world and by virtually anyone in the world. Hitherto, the restrictive and cost-prohibitive published versions of these works prevent those who would benefit most from using them from any access whatsoever. Putting them online at a university-only setting only ghettoizes them to the elite with access to such an institution. Which is not “public” by any means.

L&W’s statement suggests that allowing the MIA to continue to put up volumes 1 through 10 of the 50 volumes would significantly impact L&W’s finances in a negative manner. It’s unclear if this was already the case as far back as nine years ago when L&W granted us permission to put online these works in the first place or this is a new revelation. L&W writes “It makes no profits other than those required to pay a small wage to its very small and overworked staff, investing the vast majority of its returns in radical publishing projects, including an extensive and costly (to L&W) programme of free e-books. Without L&W and the work which its employees have invested over many years, the full collected works of Marx and Engels in English would not exist. Without the income derived its copyright in these works, L&W would not exist.”

It remains unclear what kind of income L&W derives from the sales of the volumes of MECW and how much it obtains from sales of more contemporary authors. Publication by the MIA does not compromise income to L&W from licensing use of the material in commercial publications. In fact, there is no doubt that MIA enhances this income. There is no doubt that the masses of the students of Marxism owe L&W a lot for their publishing efforts, however. But now, L&W is literally asking the world, to not use the Internet for these first 10 volumes of the Works but to have to travel to universities in order to study or even casually look at these writings. These writings, the translations of which were paid for by L&W, International Publishers and the state supported Progress Publishers, do in fact belong, politically, to the world and not an institution; not in a legal sense, but in moral and political senses. Moreover, L&W knows this. The MIA would be the first group to support the cost recovery of the publishing efforts for MECW. It is highly likely that this effort, started 40 years ago, has more than paid for these volumes. Note: the MIA is not demanding or asking for all the MECW, but these first 10 Volumes, to be placed for all to see and use. We believe that yes, this is more important than the institutional prerogatives of one publishing house.

It is true that L&W is in the tradition of other communist & leftist publishing houses. That tradition, by and large, provided inexpensive, shortened versions in pocket-book form of the writings of Marx, Engels and Lenin. This particular tradition went by the wayside a long time ago. Though we commend L&W for publishing in free e-book format (as does the MIA) the point was to distribute to workers and youth the works in question, not to restrict their use by higher and higher prices and taking away an easy access to them. The point of any communist publishing house, which the MIA lives up to, is to assure the widest distribution of these works, not, again, to restrict them. That is the opposite of communist publishing. The money spent on publishing should be recovered. We have no disagreement on this. We even defend this and advocate it. But this is not what is at question here.

We also don’t believe that allowing access to these first 10 volumes is something that would hinder sales, either of the first 10 volumes or the future digital distribution to universities that L&W is suggesting is its target consumer. We think in fact — and this is born out by discussion in the publishing world — that allowing free Internet access to some of these works would actually increase sales, not hinder them. The MIA have played a role in publicizing and supporting such sales in such a case as this and would welcome discussions on how we could continue working along these lines. It should be noted that many volumes of the entire MECW are in fact sold in excellent condition by many used booksellers. Do these cut across L&W sales? Likely they do. Thus, this digital product of L&W wants to offer universities is at best a niche product and wouldn’t help sales of their hard copy volumes of the MECW. It is in fact a completely different product only competing itself with the existing stocks of full priced volumes of the MECW.

We hope to continue this discussion.

David Walters, on behalf of MIA