Translated: by Maryam Namazie and Fariborz Pooya;
First published: in Persian in the “International” No. 16, November 1994. 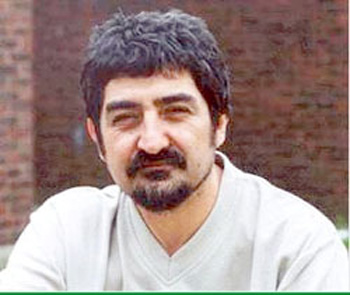 A wave of Islamic murders has engulfed the Middle East and North Africa. The victims of this wave are the most ordinary of ordinary people. In Egypt and Algeria, they shoot at and behead foreign nationals – be they workers, tourists or pensioners. They bomb and kill school children at school gates. They kill young girls who do not submit to forced marriages. In Tel Aviv, they murder unaware pedestrians – children, old and young – on streets and on buses. And heroically, from Israel to Algeria, they reassure a stunned humanity that this ‘armed struggle’ will continue.

There was a time when the traditional and ‘anti-imperialist’ Left would look upon the blind violence and unrestrained terrorism of Third World and anti-western currents if not with admiration then at least with toleration. In their opinion, the injustice suffered by deprived nations and oppressed people justified this terrorism as a legitimate reaction. The terrorism of Palestinian groups, Islamic organisations and the Irish Republican Army – whose victims were increasingly unprotected and unaware civilians – were prime examples of this ‘permissible’ terrorism in recent past. A terrorism, which seemingly responded to past and present injustices; a terrorism, which seemingly appeared as a reaction to the inhuman and brutal policies of oppressive powers and governments. Interestingly, throughout the years, the Israeli government has also used this exact abuse-excuse rationalization; that is by alluding to the indescribable genocide carried out by Nazis and anti-Semitic groups in various countries against the Jewish people, they have justified the brutal suppression of the deprived people of Palestine and the daily killings of Palestinian youth.

From a communist standpoint, this type of rationalisation and the blind terrorism erected on it in the Middle East – whether by Arab and Palestinian organisations or the state of Israel – is regarded as bankrupt and is condemned. There is not the slightest real and legitimate relationship between the appalling calamities that have befallen the Jewish people in this century and the suppression and crimes committed by the extremist right wing government in Israel against the Palestinians. There is not the slightest real and justified relationship between the sufferings of the deprived people of Palestine and the terrorism of Islamic or non-Islamic organisations attributed to these people. Bourgeois state and factions are exploiting and capitalising on the suffering of the deprived people. Condemning and eradicating this terrorism by the working class, particularly in countries of the region, is an essential condition for placing the workers in the leadership of the social struggle to end the age-old miseries of the people of the Middle East.

It seems the new wave of Islamic murders, particularly in North Africa does no longer even require such political justifications. A turban and a gun are sufficient to begin this despicable Jihad against humanity. This is Islamic gangsterism and its source is the ruling regime in Iran. And it will be in Iran where it will be smashed.