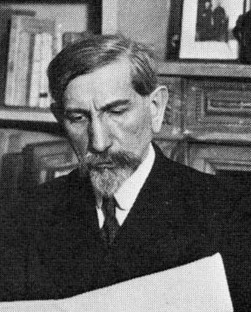 The Cercle Proudhon was founded in late 1911 as an amalgam of several seemingly contradictory ideologies: revolutionary syndicalism inspired by Georges Sorel, a socialism borrowing from the anarchism of PJ Proudhon, and the nationalism and monarchism of Charles Maurras, who was among its founders. It published a review, the “Cahiers du Cercle Proudhon” from 1912-1914, its objective being , according to one of its founders, Georges Valois, to provide a “common framework for nationalists and anti-democrats of the so-called left.” Another important member , Edouard Berth wrote (under the pseudonym of J. Darville) that the “dual revolts” of syndicalism and nationalism would result in the “complete driving out of the regime of gold and the triumph of heroic values over that ignoble bourgeois materialism under which today’s Europe is suffocating.” Opposed to the Third (or any) Republic and “plutocracy” (often defined as “Jewish”) and fiercely anti-intellectual, its members (intellectuals all) not only came originally from the right and left, they were in later years to meet diametrically opposed fates. Throughout his life Valois was to waver between the extreme right and the extreme left, and was to die in a Nazi concentration camp; Berth, a friend of Sorel’s, was to become an outspoken supporter of the Bolsheviks and the October Revolution; Charles Maurras would collaborate with the Nazis and, found guilty of high treason after the Liberation, spent most of the years until his death in 1952 in prison.