Declaration of the Rights of Man and of the Citizen
Approved by the National Assembly of France, August 26, 1789 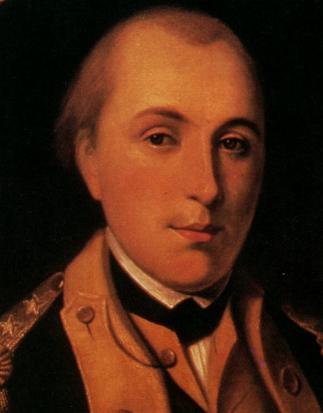 Source; The Constitution Society;
Prepared by Gerald Murphy (The Cleveland Free-Net - aa300) Distributed by the Cybercasting Services Division of the National Public Telecomputing Network (NPTN). Permission is hereby granted to download, reprint, and/or otherwise redistribute this file, provided appropriate point of origin credit is given to the preparer(s) and the National Public Telecomputing Network.

This document was written by The Marquis de Lafayette, with help from his friend and neighbor, American envoy to France, Thomas Jefferson. Lafayette had come to the Colonies at age 19, been commissioned a Major General, and was instrumental in the defeat of the British during the American Revolutionary War. King Louis XVI signed this document, under duress, but never intended to support it. Indeed, the Revolution in France soon followed, leading to the tyrannical rule of Napolean Bonaparte.

The representatives of the French people, organized as a National Assembly, believing that the ignorance, neglect, or contempt of the rights of man are the sole cause of public calamities and of the corruption of governments, have determined to set forth in a solemn declaration the natural, unalienable, and sacred rights of man, in order that this declaration, being constantly before all the members of the Social body, shall remind them continually of their rights and duties; in order that the acts of the legislative power, as well as those of the executive power, may be compared at any moment with the objects and purposes of all political institutions and may thus be more respected, and, lastly, in order that the grievances of the citizens, based hereafter upon simple and incontestable principles, shall tend to the maintenance of the constitution and redound to the happiness of all.

Therefore the National Assembly recognizes and proclaims, in the presence and under the auspices of the Supreme Being, the following rights of man and of the citizen: