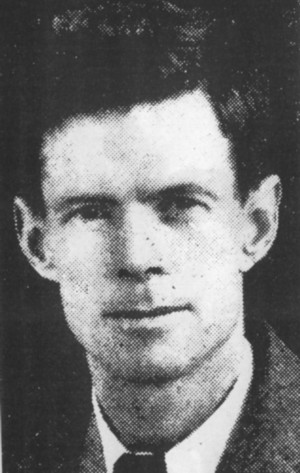 Art for the People

SOME months ago the painter Picasso joined the Communist Party in France. This welcome step gave rise to much discussion about the art of Picasso. This discussion coincided with the intense ideological struggle which stands at the highest level in the Soviet Union, the land of Socialism, in a “social order which is a hundred times higher and better than any bourgeois social order.” (Zhdanov).

In addition to reprints of outstanding declarations by the Central Committee of the CPSU (Bolsheviks) and the report, “On the Errors of Soviet Literary Journals” (C.R. Feb ’47), by Zhdanov, a discussion has appeared in our Review starting with the article by comrade Oldham, Feb. ’47.

Comrade Oldham opens “To many Communists, Picasso is puzzling. They consider his art obscure and unintelligible.” He does not answer this, he does not unravel the puzzle for us, he does not enlighten the obscurity, he does not reveal the meaning. He does not come to grips with the essential issue, the content, the direction of the art of Picasso. Because Picasso joins the Party, comrade Oldham goes beyond the desirable careful handling of the new recruit, who brings with him much from his past experience that has to be eradicated and becomes conciliatory. That does not help the new member and, more important for us in such matters, it does not help our members.

He quotes two questions from ordinary people: “What’s he driving at? Can’t he paint things as we see them?” Sometimes the latter question is merely a plea for characterless copies, but the first one is a valid people’s criticism of the phantasms and nightmares produced by Picasso and by ot6her painters.

Comrade Oldham is “not advocating that our painters should go abstract. That would be a catastrophe.” Yet he would not have us struggle against the bearers of catastrophe. He wants sympathy and an open mind for abstract painting (and painters). In contrast he sees only ignorant and prejudiced condemnation.

The call of the Conference of the nine European Parties that “the Communist Parties must take the lead in resisting the plans of imperialist expansion and aggression in all spheres — state, political, economic and ideological” passed by our comrade who had also not absorbed the teaching of comrade Zhdanov. Lenin, Zhdanov reminded us, “was first to formulate with utmost precision the attitude of advanced social thought to literature and art ... he showed with characteristic force that literature cannot be non-partisan.”

Comrade Oldham told us that Picasso “all his life has had a great love of humanity” and he refers to his early work with its inspiration from ordinary people, t his aid to the democratic forces in Spain and to his participation in the resistance struggle in France. What has this to do with the essential issue?

He disagrees with the statement of Derek Kartun that the Picassos “suffer from 40 years of barren experimentation with form in which the most talented artists have indulged in their despair with the world in which they found themselves.” Yet he devotes space usefully to the ffect capitalism has had on art and the artist. But he explains to excuse. He does not tell us whether he agrees with Kartun that, while Picasso’s “work reflects the agony and horror and profound movement of the times in which we are living ... it is equally true that Picasso’s painting gives little or not direction to (the) forward march.” His protest has been negative, ad “there is barely a line of his work which comments with joy or hope on the future.”

As Comrade Fox put it (Review, Nov. ’47), the fact is that “Picasso’s later work is obscure, that it is not understood by ordinary people does not (with few exceptions) inspire them in their forward march, and that Picasso is (quoting D.K.) ‘out of touch with any considerable body of the people.’”

Whatever may be said about definitions, this must be included, he is an artist (whether for good or ill) who succeeds, in any medium, to convey to an audience his feeling, his emotion, who succeeds to arouse in his audience similar feeling. Hence, from the standpoint of progress, the importance of being in touch with a considerable body of people, the importance of being understood by ordinary people.

Comrade Oldham believes that much of Picasso’s work “reflects very effectively the anarchy, horror and cruelty of capitalism in decay.” But that is an incomplete evaluation. He does not claim that he did so in such a way as to arouse hatred, opposition, determination to rid the world of capitalism, so as to aid progress. Some peple reflect the same in their minds and land in a mental hospital, and that is the reflection recorded on canvas by many painters. It is meaningless to the people, often, probably, to the painter, it may be understood (explained) by a Marxist but it is not art it may be understood by a psychiatrist but not as art.

Comrade Oldham’s illustration from music is a defence of lack of meaning, purpose, direction. It is conciliation towards those who don’t want to think as social beings and it is linked with his defence of obscurantism.

Comrade Mortier (Review, Feb. ’48) is correct in demanding meaning from art. That which is meaningless is not art, though it may be in a medium used by artists. However, even Oldham’s illustration has some meaning — pleasant, but, most likely, soporific, so called escapist. Hence not art for the people, for the way forward, hence not good in the sense of desirable for the people (although it may be clever). But entertainment art can play a forward role if it is recreative, stimulating, not lulling (unless to needed sleep).

Comrade Oldham&38217;s definition of art is limited it is an architect’s definition and the chair illustration is quite valid to that limited definition. Comrade Mortier seems to reject that definition entirely and he shows confusion about use value and objects of art. He does not see the two use-value aspects of some art products. A house, a place to live in, and its appearance, external and internal. The chairs illustration from Oldham. A mere box may be a seat, a chair may be a little different from a box, a chair may be comfortable, but ugly, a chair may have all good qualities including a pleasing appearance. The art quality in many products can surely be distinguished from the mere quality of utility.

Comrade Oldham wants us to accept the artist who comes to the class struggle, who joins the Party, as we accept any other skilled tradesman whom we do not ask to build Communist this and that. True! But we do expect of the carpenter a habitable and understandable house, etc. We want chairs that are pleasing to see as well as sound and comfortable.

Do we tolerate the bad conduct of a Party member, of a member of a trade union, of an anti-fascist? No! we strive to be correct. Do we tolerate bad work by a tradesman because he hold a Party ticket? No!

We do not set standards of techniques for admission, though we do think members should strive to be qualified tradesmen. But the parallel is limited, the artist is more that tradesman, he is an ideologist (whether he is conscious of it or not), he may be skilled yet reactionary, he may be less skilled, less fertile in ideas but striving for the people. The latter will become more prolific in ideas by studying Marxism-Leninism, by getting into the struggle today in the anti-imperialist, democratic, peace camp, and from inspiration and practice become more skilled.

In his effort to refute Oldham on “that special quality” Comrade Mortier seems to seek a distinction between “that special quality” and content. But is content not more than the mere idea, is it not also the way the idea is conveyed, its appeal or otherwise “to any considerable to body of people?” He seems to hold that the capitalist hostility to art is some simple hostility to content apart from “that particular quality ... which gives an emotional and intellectual stimulus.” (Oldham.)

Surely the imperialists would not use the artists if the editors, special correspondents Liberal and Country spokesman, Labour right-wingers, radio commentators, sermon writers, etc., did not need to be reinforced. The cartoon is a clear example, capable artists are hired to defend the decadent system, to retard process. The essential question is the direction of the emotional and intellectual stimulus.

Comrade Shaw has entered the discussion on the side of Comrade Oldham and against Comrades Mortier, Fox, Kartun and the validity of Soviet criticism for us in a capitalist environment.

He does see weakness in Comrade Mortier’s criticism of Comrade Oldham’s definition. With Oldham he rightly asks that we try to win the artist.

He objects to the reprint of the Pravda editorial “Soviet Fine Arts” (Review, April ’48). It is unqualified, out of context, and will drive away artists who are sympathetic on political issues.

He does not see that we can struggle in this part of the imperialist world “against lack of ideas and political direction ... against servility to the decadent and demoralising art of the bourgeois West.” If he accepts the call for leadership on the ideological front, in relation to art he accept this only for “th artist whose natural tendency is to depict his social convictions and the aspirations of the people.” The essential issue is what to do about the artist who depicts (consciously or otherwise) the social convictions of the imperialists, the Liberal and Country Party leaders and the right-wing Labourites?

He does not see that the view, “Soviet art can develop only in the closest connection with the ideology of the Soviet people on the basis of Socialist realism,” can be a guide in capitalist Australia.

Surely we can have anti-fascist, anti-war, pro-democratic, pro-peace realism, i.e., socialist directional realism in capitalist countries And making all due allowance for comradely dealing with friends, allies and possible allies, can we not have criticism and self-criticism to strengthen, to win the artist, as artist, to the struggle? We can and will.

We do not need to be in the Soviet Union to ask from artists, who are not sold to the imperialists, that they connect themselves with the ideology of the people who want peace, democracy and economic security, to ask them to give expression to the forces representing, here and now, the future. We ask that they help those people to be monopoly capitalism, including its artists, as it is, to feel hatred for it, and assist to organise them to end it.