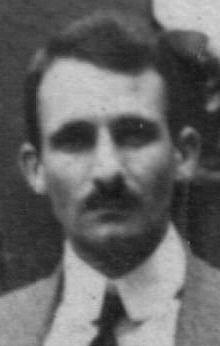 Chapter One: The Marxism of Marx

I: Historical Materialism
II: The Economic Doctrine of Marx
III: History Conscious of Itself
IV: The Socialist Revolution

Chapter Two: The Evolution of Marxism

I: The Kautsky–Luxemburg–Bernstein Controversy
II: Mass Organisation and Mass Spontaneity

Chapter Three: The Ordeal by Fire

Chapter Four: The Birth of a New World

I: The End of Capitalism?
II: The ‘Intermediary Forms'
III: The Technocratic Menace and Democracy
IV: The First Stage of the Socialist Revolution
V: The Conditions of Revolutionary Evolution

For almost a quarter of a century the affairs of the world and its ideas have been in indescribable confusion. In most cases the confusion of ideas is manifest without the aid of polemic or controversy. It is simple evidence of the chaotic state of the world. The succession of events since 1914 has swept away so many illusions that even a summary inspection of the heap of ideological ruins would demand the compilation of a veritable encyclopaedia.

The summer of 1914 witnessed the collapse of all those hopes which had been built on a peaceful evolution of the capitalist world, and it also witnessed the breakdown of Socialist internationalism.

The world crisis which began in 1929, the longest ever known, caused people entirely unconnected with and even hostile to the working-class movement to speak of ‘crisis’ and even of the ‘collapse of capitalism’.

Bolshevism, which once aspired to supplant tottering capitalism, is now in a state of incurable degeneration both at home in Russia and internationally.

The economic and financial smash of 1929 ruthlessly disposed of the Fordist illusion that capitalism was about to experience an era of lasting prosperity and harmony.

Liberalism observed with horror that the actual course of world development ignored all its good advice. Today the doctrine of liberalism is practically dead, but, at least, its few remaining defenders can console themselves by noting the disastrous effects of economic nationalism.

The dictatorships, whether Fascist or Bolshevist, have been able to conceal their innumerable defeats only by ruthlessly using both the gag and the lie. Many people declare that democracy, too, is bankrupt. It is certainly true that democracy has lost much ground in recent years, and is now face to face with a serious crisis, but we do not believe that it is bankrupt, and later we shall show why.

In the general collapse of values all around us it is not surprising that Marxism should also be subjected to critical attacks. A failure in the eyes of its enemies, even many of its friends admit that it is going through a severe crisis. Certain self-styled ‘orthodox’ Marxists, more in love with the letter than the spirit of the writings of Marx and Engels, have provided the less scrupulous critics of Marxism with weighty arguments. However, this category of ‘academic Marxists’ is becoming less and less numerous, and today we can observe their place being increasingly taken by people with far less knowledge and even greater pretensions: half-a-dozen quotations lifted from this or that popular pamphlet serve them instead of doctrine, and represent in their eyes the sum total of Marxist science. Most of the anti-Marxists of our day reveal the same intellectual poverty. ‘Of a thousand Socialists perhaps one has ever read a book of Marx’s, whilst of a thousand anti-Marxists not even one.’ This estimate of B Nikolaievsky and O Maenchen-Helfen in the preface to their biography of Marx [1] seems to us to be far too flattering.

The real crisis through which Marxism is passing is not due to this relaxation of intellectual discipline on the part of some of those who call themselves followers of Marx. Unfortunately, the habit of praising or blaming without knowledge of the subject is becoming increasingly common to men of all parties today. This is not due to the failure of this or that doctrine, but to the crisis through which our whole civilisation is passing. At the same time this regrettable tendency adds greatly to the confusion in which all the sociological disputes of our day are taking place. [2]

Before proceeding to a discussion of the crisis of Marxism let us define what we mean by Marxism. Is it the doctrine of Marx and Engels? Or is it the movements to which that doctrine has given birth, and which, rightly or wrongly, claim to be Marxist? To what extent are these movements actually inspired by Marxism, and to what extent have they caused it to develop, sometimes reforming, sometimes deforming it? Are these movements still really Marxist in the classic sense? Or do perhaps both friends and enemies of Marxism often harbour a distorted conception of Marx’s original theories?

We must therefore ask ourselves whether the so-called crisis of Marxism is not in large measure a crisis of differing posthumous interpretations of Marxism. Karl Marx died in 1883 and Friedrich Engels in 1895. Although a number of their followers have developed their doctrines and provided important supplementary analyses of the modifications experienced by capitalism in the course of the twentieth century, the results of these labours have hardly affected the movement as a whole. In fact, as the movement grew in size, the assimilation even of the ideas of Marx and Engels themselves, which were naturally better known, became slower, more fragmentary and more superficial. In accordance with historical conditions which obviously differed considerably as between country and country, each movement took what best suited it from the original doctrine, and applied its choice (very rarely the Marxist method itself) to its own particular situation.

In this sense we can speak of a ‘decomposition’ of Marxism, and this it seems to us is the actual sense in which Sorel used the term. [3] But in ignoring the important fundamental contribution of the followers of Marx, and by insisting exclusively on the phenomenon of superficial adaptation and variation, Sorel passed in silence over all that was healthy, live and fruitful in the Marxist doctrine.

Marxist theoreticians have heard too much, in season and out of season, about ‘the crisis of Marxism’ to be unduly moved by the latest anti-Marxist challenge, particularly as it coincided, oddly enough, with the practical confirmation of the essential theses of Karl Marx in the economic crash of 1929-36. In writing this book it was certainly not our intention to rebut the old stale arguments once again with old and equally stale answers. The same well-worn gramophone record has given satisfaction since the end of the last century.

However, after a quarter of a century of economic, political and social upheavals it seemed useful to us to compare Marxist doctrine with present-day reality. Does this reality conform to the predictions of the founders of scientific Socialism? And if not, have those predictions proved false in part only, or all along the line? How has Marxism developed theoretically and practically? And how far do certain ideas currently accepted today as Marxist correspond to the real doctrine of Karl Marx and to the interests of the working-class movement?

Marxism is not a dogma at all; it is a method of investigation. Seeing that the conditions of our day differ considerably from those studied by Marx, what are the new problems which contemporary Marxism has to solve? They certainly cannot be solved by reeling off a few quotations learned by heart.

‘If Marx were to return to our midst today’, wrote Karl Renner over 20 years ago, ‘he would reprimand us all: “It is not my writings you must study, but society."’ [4]

This exhortation has lost nothing of its value since then, and in this book we propose to respect it scrupulously. The celebrated phrase, ‘so much the worse for the facts’, would satisfy only the high priests of Marxism, for Marxism also has its high priests, and these priests, like all others, daily deny the principles they claim to defend. Bolshevism is a living proof of this.

In conclusion, we have no intention whatever of presenting our readers with a bundle of cut-and-dried formulas. We propose merely to fructify a long-standing discussion by advancing a number of ideas whose accuracy seems to us beyond all cavil.

2. We say ‘sociological’, because it is evident that the discussion of theories which do not interest the masses, and which are discussed exclusively in limited circles of specialists (physicists, chemists, philologians, etc) remain unaffected by this tendency.

3. Let us say at once that we are not in agreement with Sorel’s contentions in his Décomposition du Marxisme.

In the short space of time available to me for this translation everything possible was done to obtain the original texts of the numerous quotations. In the majority of cases my efforts were successful, and the original text has been translated from (where German) or used (where English). However, there were a few cases (all German) in which my efforts were unsuccessful, and here the text given is a re-translation from the French. This is, of course, not entirely satisfactory, but, assuming the French translation to be in order, the re-translation into English will undoubtedly preserve the original sense. [5]

The title of the original is Marxism en Faillite: and the French edition was first published early in 1939, that is, before the outbreak of the war. This fact should be borne in mind throughout by the reader.

5. We have attempted to include full titles and publishing details of the many works that were shown in an incomplete form in the original Gollancz edition of this book. Today’s on-line databases make this a much easier task than when this book was translated in wartime Britain. Some of the references to works by Marx and Engels do not refer to any particular edition, we have left these as they are in the original text — MIA.

It is suggested that before reading this book, members should read John Strachey’s article on it, in the accompanying Left News, as if it were a foreword.