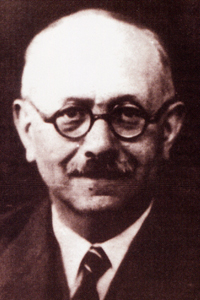 The Annales School – The historians, mainly French, grouped around the series of journals descended from the “Annales d’histoire économique et sociale,” founded in 1929 by Lucien Febvre and Marc Bloch. These reviews eschew histoire événementielle and its focus on key dates and great men, instead concentrating on the longue durée, best exemplified by Fernand Braudel’s magisterial histories of the Mediterranean region, as well as on mentalités. Annales historians also worked on the seemingly small (“What We Can Learn From 18th Century Tolls on the Seine” or “The Price of Papyrus in Greek Antiquity”) which they used to demonstrate the larger issues in the history and development of societies. Perhaps the group’s most famous book is Emmanuel Leroy Ladurie’s “Montaillou, Promised Land of Error” (1978), a close examination of a Cathar village in the 13th-14th centuries.

To Our Readers, Marc Bloch and Lucien Febvre, 1929

The History of Doctrines, Lucien Febvre, 1929

The Price of Papyrus in Greek Antiquity, Gustave Glotz, 1929

How to Gather Ancient Prices, 1931

An Appeal, An Investigation: The Associations of the Ancien Régime, 1943

Homage to Marc Bloch: Our “Narbonne” of the Resistance, by Georges Altman 1945

Geography in the light of the Human Sciences, by Fernand Braudel 1951

Class Hatred in Times of Epidemic, by René Baehrel 1952

The Abolition of Body Taxes in France, by David Feuerwerker 1962

The Arabs in the Greco-Roman World, by Maxime Rodinson 1966

The Geniza Documents, by Maxime Rodinson 1967