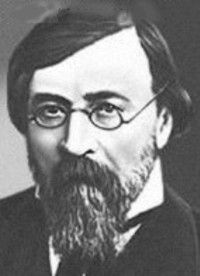 Nikolay Gavrilovich Chernyshevsky (24 July [O.S. 12 July] 1828  17 October 1889) was a Russian revolutionary democrat, materialist philosopher, editor, critic, and socialist. He was the leader of the revolutionary democratic movement of the 1860s, and had an influence on Vladimir Lenin, Emma Goldman, and Serbian political writer and socialist Svetozar Marković. His novel What Is To Be Done? was influential in the the Russian populist movement.

The Aesthetic Relations of Art to Reality, 1852