The most important misunderstanding seems to me to lie in a confusion between the human necessities which I consider part of human nature, and the human necessities as they appear as drives, needs, passions, etc., in any given historical period. This division is not very different from Marx’s concept of “human nature in general”, to be distinguished from “human nature as modified in each historical period.” The same distinction exists in Marx when he distinguishes between “constant” or “fixed” drives and “relative” drives. The constant drives “exist under all circumstances and ... can be changed by social conditions only as far as form and direction are concerned.” The relative drives “owe their origin only to a certain type of social organization.” Human Nature and Social Theory, 1969 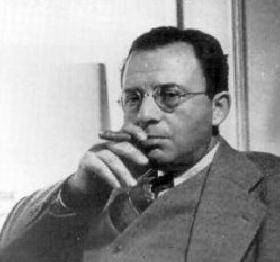 Trotzky's Diary in Exile, 1935
Character and Social Process, 1942
Individual and Social Origins of Neurosis, 1944
The Authoritarian Personality, 1957
The Influence of Social Factors in Child Development, 1958
Summerhill - A Radical Approach to Child Rearing, 1960
Marx's Concept of Man, 1961
Introduction to Socialist Humanism: An International Symposium, 1965
Marxism, Psychoanalysis and Reality, 1966
The Present Crisis in Psychoanalysis in Praxis, International edition, No. 1, 1967
Marx's Contribution to the Knowledge of Man, 1968
Human Nature and Social Theory, 1969