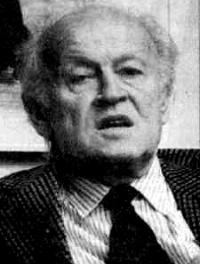 “A return to and reinterpretation of Marx’s thought is needed, in order to restore and to further develop his critical method”

Economism or the Humanization of Economics, 1969

The Idea of Critique in Social Theory, 1983

Tragedy of National Conflicts in “Real Socialism.” The case of Kosovo, 1989