In 1908, the U.S. Socialist Party’s formed a Woman’s National Committee which called for the Party to designate a day each year to campaign for women’s suffrage. “National Woman's Day” began in 1909. Inspired by the U.S. events, European socialist leaders initiated what would later be known as International Women’s Day with a proposal unanimously passed at the Second International Conference of Socialist Women held in Copenhagen, August 26-27, 1910. 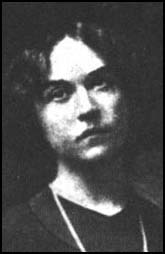 Archives of Women of the Socialist International