First introductions for beginners could be:

Some more elaborating introductions are:

The Left Communists were those Marxists who supported the 1917 Russian Revolution (i.e. the uprising of the peasants and workers), but differed with the Bolsheviks over a number of issues including the formation of the Soviet government in the U.S.S.R., the reformist tactics of the Comintern in Europe and America, the role to be given to autonomous and spontaneous organisations of the working class as opposed to the political parties, participation in Parliament, the relationship with the conservative trade unions and the trade union leadership.

There are two main currents of “Left Communism”: on one hand, the Communist Left or “Council Communists” (the term used by the Dutch and German Left Communists after 1928) criticised the elitist practices of the Bolshevik Party, and increasingly emphasised the autonomous organisations of the working class, reminiscent in some ways of the anarcho-syndicalists and left communists of the pre-World War One period, rejecting compromise with the institutions of bourgeois society and the dictatorship over the proletariat.

The main point of difference with the Bolsheviks was over the role of the Party and a “workers’ state”. On the other hand, there were “Ultra-Left” communists (especially some of the English and the Italians) who upheld the role of a Party in leading the working class and the aim of a workers’ state, but criticised the Bolsheviks for various forms of opportunism, such as advocating participation in Parliament and the conservative trade unions. 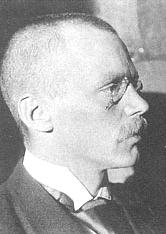 Herman Gorter (1864-1927): Works   Biography Dutch Poet on left of Dutch Social Democracy before World War One, attended the Third Congress of Comintern in 1922 to argue the position of the Left Communists, but was expelled from the Comintern.

See The Politics of Gorter by Anton Pannekoek. 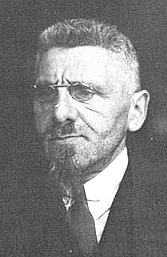 David Wijnkoop (1876-1941):   Biography Founding leader of the Dutch Communist Party; expelled for Leftism, but later rejoined the Comintern under Stalin. 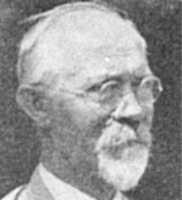 Anton Pannekoek (1873 - 1960): Works   Biography Dutch Astronomer, one of the most important and consistent theorists of Council Communism and a critic of the centrality of the political party promoted by Lenin.

See Pannekoek's “Party and Class” and Pannekoek and Workers' Councils by Paul Mattick.

Karl Korsch (1886-1961): Works   Biography His Marxism and Philosophy written in 1923 was one of the founding documents of “Western Marxism”; a leader of the Left-wing of the German Communists in the 1920s. By the 1950s Korsch had become an anarchist.

See Karl Korsch: His contribution to Marxism and The Marxism of Karl Korsch by Paul Mattick. 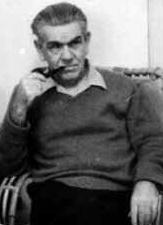 Paul Mattick (1904-1981): Works   Biography German Communist, the most consistent and comprehensive exponent of what he called “Anti-Bolshevik Communism”, spent the latter part of his life in the U.S.A. where he worked with the anarcho-syndicalists of the I.W.W.

Amadeo Bordiga (1889-1970) : Works   Biography A leader of the Italian Communist Party expelled for Trotskyism, but later parting company with Trotsky. As is shown by Bordiga's 1920 Workers Councils and his 1951 Proletarian Dictatorship and Class Party, Bordiga agrees with the Bolsheviks on the main point of difference with the Council Communists like Pannekoek and Mattick: “The proletarian state can only be ‘animated’ by a single party,” he says.

Sylvia Pankhurst (1882-1960) : Works   Biography
A famous leader of the Suffragettes, Pankhurst (and her sister Adela in Australia) joined the Comintern as ultra-lefts. In a country with a long tradition of democratic rights and parliamentary activity, Pankhurst opposed the Communist Party participating in elections: “All those who are in possession of private property shall be called upon to surrender it, and to work on equal terms with the rest of the population. ...” while “no official revolutionary action can be expected from the general body of Trade Unions.” [Draft Program for CPGB written by Sylvia Pankhurst]

The focus of debate between the Bolsheviks and the Left Communists came to a head in the debate over the Twenty-One Conditions for Admission to the Communist International.

The Workers Opposition was a Left-Communist current within the Bolshevik Party which promoted the independence of the trade unions from the Party and the Soviet Government. See Archives of Alexandra Kollontai and Alexander Shliapnikov.

The following issues have been at the centre of the struggle of Left Communism:

The Role of the Party in the Revolution

In Pannekoek's Party and Class he characterises a party as “an organization that aims to lead and control the working class”; his General Remarks on the Question of Organization look to the future for new forms of organisation suitable for the emancipation of the working class.

Paul Mattick's The Masses and the Vanguard concludes:

“The militants who call themselves the “Vanguard” have today the same weakness that characterizes the masses at present. They still believe that the unions or the one or the other party must direct the class struggle, though with revolutionary methods. But if it be true that decisive struggles are nearing, it is not enough to state that the labour leaders are traitors. It is necessary, especially for today, to formulate a plan for the formation of the class front and the forms of its organizations. To this end the control of parties and unions must be unconditionally fought. This is the crucial point in the struggle for power.”

and his Council Communism proposes Councils (a.k.a. soviets) as a way forward; his 1967 Workers Control expresses the idea from another standpoint.

Bordiga also wrote on these themes: See The System of Communist Representation, Is this the Time to form “Soviets”?, Towards the Establishment of Workers' Councils in Italy, Party and Class (1919-1921).

The issue was also debated at the Second Congress of the Comintern:

Trotsky's Communism and Syndicalism puts the Bolshevik position on the role of the party in the Revolution; Paul Matick's The Mass and the Vanguard makes the opposite case very powerfully.

Council Communists tended to believe that Stalinism was the inevitable outcome of a Revolution in which a centralist political party held power, and their criticism of Lenin and Trotsky sometimes echoed the earlier criticisms of Rosa Luxemburg.

See Paul Mattick's The Lenin Legend, and Luxemburg versus Lenin, 1935, Trotsky on Bolshevism and Stalinism, 1947, Pannekoek's State Capitalism and Dictatorship and Why Past Revolutionary Movements Have Failed

On the other hand, Bordiga's The Democratic Principle, 1922 and Proletarian Dictatorship and Class Party, 1951, emphasised the role of the Party and even argued against the idea of a “multi-party” state.

Paul Mattick's Bolshevism and Stalinism argues against Trotsky's Stalinism and Bolshevism, that Stalinism is a continuation of Leninism.

Left Communists have tended to reject participation in Parliament by revolutionaries, even declaring that the workers have “gone beyond” as well as holding that such participation inevitably corrupted the representatives of workers put into Parliament.

See Section 3 of Gorter's Open Letter: Parliamentarism. This issue was debated at the Second Congress of the Communist International:

Left Communists have also tended to hold that revolutionaries should not participate in “yellow” or conservative trade unions; this policy was actually implemented by the Comintern in the late-1920s/early-1930s when separate “Red” unions were set up.

See Section 2 of Gorter's Open Letter: The Question of Trade Unions. This issue was debated at the Second Congress of the Communist International:

See the Workers' Organisation Subject Archive for more discussion on the role of Trade Unions.

Chapter 4 of Gorter's Open letter – Opportunism in the Third International, Korsch’s comments on Popular Front against Hitler (Britain And The War Aims Of The Working Class) could be seen as examples of the “no Compromises” call.

See also the Anarcho-syndicalism in the Anarchism Subject Archive.

International Council Correspondence –Living Marxism The International Council Correspondence, council communist journal published in Chicago 1934-43. In 1938, the journal changed its name to Living Marxism and again to New Essays in 1942. Paul Mattick was its chief editor and contributor. Among others, Karl Korsch, Anton Pannekoek and Otto Rühle contributed to its pages. The journal's original purpose was to correspond with fellow council communists, primarily in Europe. However as the European council communists began to go underground in the late 1930s, the journal changed its name.